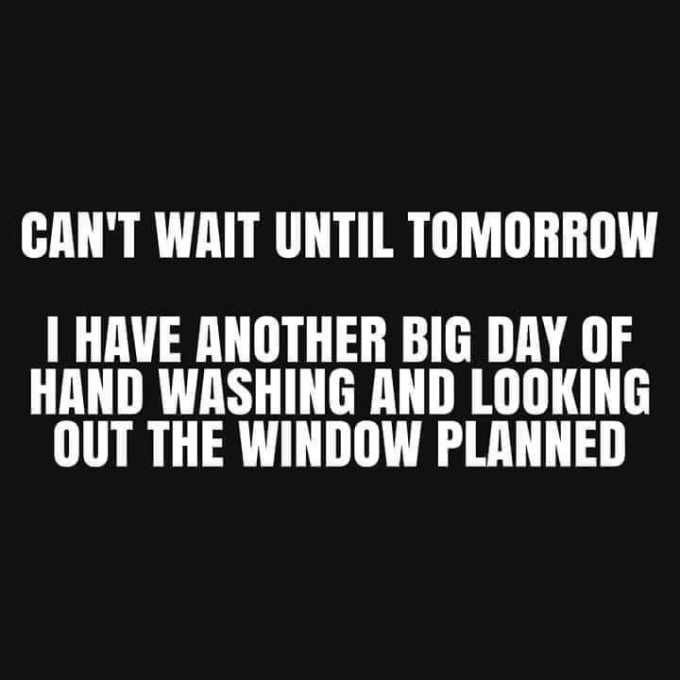 It’s very hard for me to blog about these days without it seeming irrelevant?

All of these random thoughts keep coming through because I am by alone with my thoughts… and come before any actual inspiration to write does. They are observations and random philosophical thoughts. As more and more dystopian novels turn non-fiction I wonder about the true new normal… because we aren’t even close. we have yet to feel the full force of a Great Depression nor have we dealt with the grief of loss happening to us daily with this pandemic.

I am depressed. These are depressing times. I’m have to start selling collectibles to buy dog food.

I think I might live blog these stupid ideas, as at times they are not stupid at all. I also tend to wax poetic when I’m (legally) stoned. I forget them.

Maybe one day I’ll look back and say oh that’s a good idea! Maybe you should write a book or screenplay!

But I want to try to get my worlds together. Blogging, podcast, my writing and oh hell I may as well post my Fan Fiction.

I need an assistant when it comes to staying online and dealing with how ugly social media is. Okay maybe I don’t but I may go crazy.

Pandemic reading and watching? Tell me that some of these themes aren’t happening.

Right now it feels like the Divergent dystopian future is preferable to today’s reality.

I hope everybody stays safe! my Covid test results were negative! I’ll clean this up in a bit- this is written from my phone.

I adore fan fiction, as many anonymous published authors do, both reading and writing it. The fan fiction model is unique and helps get the pipes unclogged when I write my original stuff. When I am in a bad mood, I take it out on Edward Cullen, with one shot alternatives to New Moon situations, including the COVID-19 virus playing a role, given that Edward died from the Spanish Flu in 1918.

My first fic I did at least one chapter a week, and I wrote 200,000 words. Honestly, because it’s so AU (Alternate Universe) AH (All human) and OOC (Out Of Canon) and written in the third person, I have a soft spot for it. It was proof that I could write. For my first complete (novel-sized) fic, I read some of it now and then, and I see some of the best writing I’ve done. I was also nominated for some award for the best-completed fic of 2018. Same with the next I took on in 2019. One hundred thousand words where Bella is witch, and it’s kind of a twisted take on Twilight. I am working on the second part (80,000 words in and halfway through my god. I had to take some time off) kind of a twisted take on Breaking Dawn. If Bella was less of a Mary Sue, and Edward was less of a dick.

I have never written her as a Mary Sue. Ha! I just can’t degrade any character I write like that, especially women protagonists. Honestly, I’d die and go to heaven if I could just ask Stephenie Meyer if she would change anything in 2020 compared to 2005. But Midnight Sun is coming out in August. Hopefully, the completion of a book that fans have been waiting 15 years for results in a less neurotic Bella/Edward story.

Also, sometimes it’s nice reading an alternative to a book with an ending I loathed. (Hello, Divergent Series! The book Allegiant is a prime example. Hate that book, love the series.) If you go to the Amazon listing for Allegiant, the most popular review is the link to a far more satisfying end to the divergent series, and the author also wrote Divergent from Four’s perspective, and it’s flawless. Seriously, I threw Allegiant in the trash the first time I read it.

Let me just say this, with the Divergent movies and Allegiant. The reason they did not shoot the last half of the final Divergent film (Ascendant) is that Allegiant did so poorly. (You know these days 150 million dollars equals failure?)

Allegiant did so poorly because they gave it the same title as the book. I am so not going to spoiler alert this, but nobody wants to go to a movie with senseless major character death. Turns out, they decided against killing off a significant character but did not tell those who read the books that. It seems like such a waste because the first Divergent movie is excellent, Insurgent is nothing like the book (still excellent) and the same with the Allegiant movie. But instead of having any satisfaction of an alternative, they killed everyone off by not finishing it. One day I do hope they recast the entire thing and stay faithful to the source material up to a point as a streaming series.

Fanfiction is usually someplace where you post chapter by chapter, and you get reviews, and they help shape the way your story is going. It’s nice. You do not receive that feedback with original fiction.

I hope everyone is having a good month, staying safe, and all that good stuff. So really that’s all I have to say about that.

You may have noticed that I pulled the first chapter of Celebrity Skin. I didn’t like it at all. So it’s been radically altered. 50,000 words written and six more chapters until completion.

The new version is Zedd’s POV short prologue and Eva’s short first chapter which sets up the ‘Sam and Dianne’ dynamic. Then switches to Ezra’s POV in the next chapter. I don’t change POV’s during a chapter, it switches off, and not always one after another. I try not to be redundant in doing so. It’s pushing the plot forward, these two are far too different to go about it any other way.

This is necessary because, at first, it is all about the author who hates the actor but hate to turns to heat and then love. You have the three best friends, toss in celebrities, unexpected pregnancies, unstable, despicable parents, and former boyfriends, fistfights, the paparazzi, and voila, it’s a romance novel.

I have messed around with the new adult romance trope. I don’t know if it will be appreciated if the same old formula is the only thing that works. Evangeline Thorne is nearing 25 at the start of the story, she’s one hundred percent jaded because of awful things that happened to her as a child and with a former husband. (There isn’t any molestation or anything of that nature. We are the product of our past, and that’s character development 101.)

Evangeline is not someone who doubts her worth based on looks. She is beautiful, but she is different, she has tattoos and interests outside of writing and falling in love. Ezra Ryan is the actor, pretty on the outside, with the false persona of jerk extraordinaire he adopted in taking this first role. Ezra is also a product of his past, and there are reasons for this. There is a lot more to him, he’s a good person who needs to grow up. He has had to go through a lot in his life, different problems where the result is having close relationships with his family but Ezra has no friends. Whereas Eva considers her family to be, Kylie, Eva’s biological sister, and her life long besties Zedd, Samara, and Catalina. Eva has an uneasy relationship with most of the rest of her family. Ezra is younger (albeit 22,) still virginal, innocent, at times bumbling, and, naive, having lacked many of the experiences most of us have on our way to maturity. So it’s a journey for them both. I really love the friends and family as I have written them to be. In the end, it’s a giant HEA, after ginormous amounts of drama and romance.

Plot point discussions about the movie or book, in Celebrity Skin are, from characters I created, and I am still forming as I continue to write The Veil. There are also passages from it. The Veil is an original work of fiction, mine.

It took JK Rowling six years to world-build for Harry Potter and that’s what I am doing with The Veil, although I have written a few chapters and outlined the entire thing.